In the absence of Stoker's notes, scholars sometimes invented their own scenarios for how Stoker chose Dracula as the name of his vampiric villain. One popular theory surrounded Arminius Vambery, a Hungarian professor with whom Stoker was acquainted. Many have imagined that this dinner involved Vambery regaling Stoker and Irving with tales of Vlad Tepes and his atrocities, and that these tales set Stoker's imagination aflame. Vambery actually makes an appearance of sorts in Dracula.

Stoker was fond of including the names of friends and acquaintances in his works, and when Abraham Van Helsing speaks of Count Dracula's origins, he mentions a Hungarian professor named Arminius:. But he is clever.


I have asked my friend Arminius, of Buda-Pesth University, to make his record; and, from all the means that are, he tell me of what he has been. He must, indeed, have been that Voivode Dracula who won his name against the Turk, over the great river on the very frontier of Turkey-land. If it be so, then was he no common man; for in that time, and for centuries after, he was spoken of as the cleverest and the most cunning, as well as the bravest of the sons of the 'land beyond the forest.

The Draculas were, says Arminius, a great and noble race, though now and again were scions who were held by their coevals to have had dealings with the Evil One. They learned his secrets in the Scholomance, amongst the mountains over Lake Hermanstadt, where the devil claims the tenth scholar as his due.

In the records are such words as 'stregoica'—witch, 'ordog,' and 'pokol'—Satan and hell; and in one manuscript this very Dracula is spoken of as 'wampyr,' which we all understand too well. 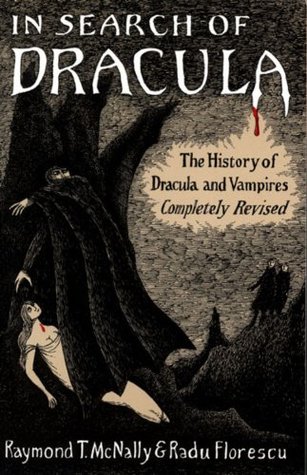 There have been from the loins of this very one great men and good women, and their graves make sacred the earth where alone this foulness can dwell. For it is not the least of its terrors that this evil thing is rooted deep in all good; in soil barren of holy memories it cannot rest. Some scholars have taken this to mean that Stoker learned from the real Arminius Vambery what Van Helsing learned from his friend Arminius.

The truth is, we don't know what transpired at that dinner, nor do we know if Stoker and Vambery ever corresponded. Another piece of speculation surrounds the British Museum, which at the time, had four pamphlets that contained information on Vlad III, but there is no evidence that Stoker actually read any of them.

Order of the Dragon

And then there is Vlad III himself. After all, wouldn't a figure known as "the Impaler" make a perfect vampire? The number of movies that treat the life of Vlad Tepes as Dracula's backstory are an indication of just how neatly the historical warlord and the fictional vampire fit together in some people's minds. Some scholars have argued, quite bizarrely, that the absence of pertinent details from Vlad Tepes' life and legends in the text of Dracula is somehow evidence of Stoker's knowledge of the tales and his desire to explicitly fictionalize them.

But what about the impaling?

It was already a common to stake vampires in folklore and contemporary literature. The fact that beheading is given as a method of killing vampires when Vlad III himself was beheaded after falling in battle?

On the Trail of Dracula

That particular vampire-killing method appears in a book of Transylvanian superstitions that we know Stoker read. Transylvania was a popular exotic locale in Gothic fiction. Anyway, why would Stoker base his character on a Wallachian rule and then place him in Transylvania? Some people think the two figures look alike , although that's a bit dubious.

Was Bram Stoker's "Dracula" Inspired by an Irish Legend? | Owlcation

Some of the connections scholars have made between the text of Dracula and the life of Vlad III are real stretches. McNally and Florescu suggested at one point that a passing reference to Nuremberg is a deliberate name-checking of the place where Vlad III's father became a member of the Order of the Dragon. And the notes tell us exactly where Stoker got the name "Dracula. While in Whitby in the summer of after, it should be noted, his much-discussed dinner with Vambery , Stoker came across a copy of William Wilkinson's book An Account of the Principalities of Wallachia and Moldavia.

We know that, because he copied sections of the book into his notes. Wilkinson's book contains references to multiple voivodes named Dracula, and some of the sparse details on one such Voivode Dracula make it into Stoker's text: that he crossed the Danube to attack Turkish troops and had some success.

That's it. There is no reference to a "Vlad," no mention of a nickname Tepes or "the Impaler," no detailing of his legendary atrocities. So why did Stoker choose that name, Dracula? Well, we can infer that from his own notes.

The footnote explained that Wallachians gave the name "Dracula" to people who were especially courageous, cruel, or cunning. For the character—and name— Dracula , Stoker is believed to have been influenced by a not-so-friendly dude, Vlad the Impaler, who ruled in Wallachia now a part of Romania in the 15th century. Take a stab at his preferred method of execution …. The order chose as its patron saint, St. George, famed for his legendary slaying of a dragon. Menu Dictionary.